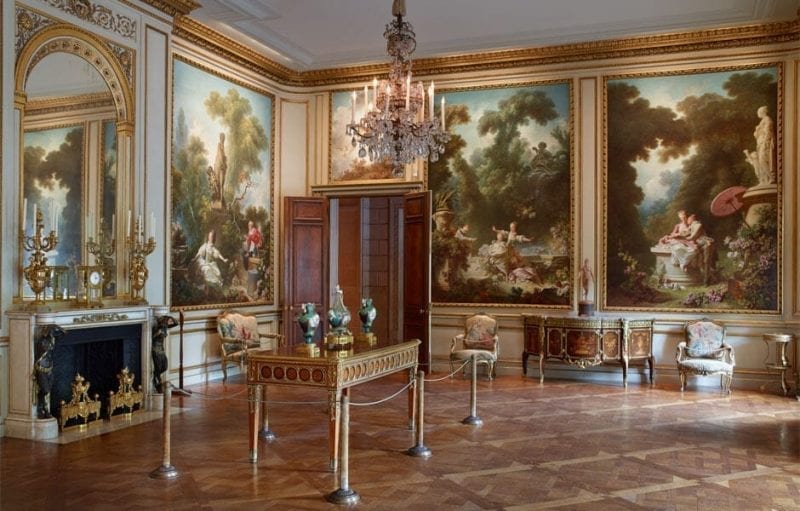 The Frick Collection’s Center for the History of Collecting in America Symposium, A Market for Merchant Princes: Collecting Italian Renaissance Paintings in America, November 12-13, 2010

Founded in 1913, The Frick Collection is a gem of an institution; it is America’s answer to The Wallace Collection that was established by The 3rd Marquess of Hertford, in 1897.  Not long prior to his death, the Pittsburgh steel industrialist, Henry Clay Frick (1849-1919), endowed the better part of his exquisite collection of Old Master paintings, Renaissance Bronzed and French 18th century furniture to the city of New York for the purpose of “encouraging and developing the study of the fine arts.” About three weeks ago, I met withInge Reist, The Director of The Frick’s Center for the History of Collecting in Americato talk about the organization’s outstanding achievements since its inception, in 2007.

Homa Taj Nasab – The Center for the History of Collecting in America has been in existence for  a little more than three and a half years. Yet, I must admit that looking at your list of activities over the past 36 plus months, you have already completed an impressive raqnge of projects. Why don’t we begin with your bi-annual symposia…

Inge Reist – The symposia, which we host twice annually, focus on particular aspects of collecting – for example, different approaches to the display of art in private collections; the taste for Dutch or Spanish old masters at different moments in our history; turning points in modern art collecting; the artist as a collector.  These occasions give us the opportunity to invite scholars to exchange ideas with one another as they present current research to an audience which may include scholars, museum professionals, as well as collectors and members of the general public. The roster of speakers customarily includes both art historians and cultural historians, which makes for a rich investigation of the topic at hand.  Perhaps most importantly, we aim to publish essays based on the papers presented at these symposia and, in doing so, we know that our Center will be making a continuing contribution to the growing body of literature in this field.

HTN – I personally find it mind-boggling that the study of collecting is still considered an esoteric field, even in art history and museological circles …

IR – Perhaps art historians have tended to take for granted the fact that art has always been collected and cared for, yet we would have little to talk about if collectors of earlier generations had not cared so deeply about owning works of art.  Art history itself is still a very young field – not even 150 years old in America. So not surprisingly, the first connoisseurs and art historians needed to take care of the basics first and it is only now that art history has a strong foundation that it is possible to further develop a sub-field such as the history of collecting. From another point of view, one can explain the general lack of attention to this area of inquiry by the fact that it falls between disciplines. Collecting history, by its very nature, requires consideration of the socio-economic climate of a given moment in time, as it also may call for parallel study of the political situation collectors found themselves in. This interdisciplinary aspect of the field may, therefore have caused it to be neglected, but I’m happy to notice that this has changed very much in recent years, as interdisciplinary fields of study have been gaining ground both in academic curricula and in curators’ concepts for exhibitions.

HTN – Considering the above condition, this is especially peculiar since American public(ally accessible) collections/museums – including those affiliated with universities – owe their very existence to private collectors and patrons. To what do you attribute this latency in research?

IR – The admirable and consistent ways in which American collectors and philanthropists have supported our public institutions is, of course, part and parcel of the story of American art collecting, and was, as you say, a key element in the creation of this country’s greatest art museums. During the post-World War II era, however, collecting and philanthropic support of those public institutions did not seem to walk in lock-step.  Thus, the study of the creation and growth of museums was not focused especially on collectors, even as the curators themselves were always acutely aware of the contributions great collectors made to the formation of their (the curators’) collections. Today, though, we are seeing renewed interest in the museum as an institution that attests to both the acquisitive and philanthropic aims of a single patron-collector.

The Frick Collection’s Center for the History of Collecting in America Symposium, Holland’s Golden Age in American: Collecting the Art of Rembrandt, Vermeer, and Hals, May 15-16, 2009

Interview with Inge Reist of The Fricks’ Center for the History of Collecting in America (PDF File, 1.5 MB)