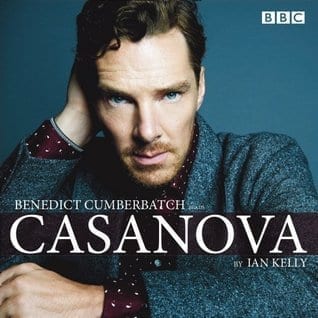 “Casanova would be bemused to discover that he is remembered today almost exclusively for his sex life. He was a fiercely proud intellectual and polymath, who worked at different times as a violinist, soldier, alchemist, faith-healer and even librarian, and originally trained to be a priest. Most of his life was spent far from his native Venice, engaged at multiple careers from Paris to St Petersburg, London to Prague to Dresden, Amsterdam, Vienna and even Istanbul. He made and lost a couple of fortunes, founded a state lottery, wrote forty-two books, along with plays, philosophical and mathematical treatises, opera libretti, poetry and works on calendars, canon law and cubic geometry. He translated Homer’s Iliad into modern Italian, helped introduced the oratorio into French music, was a noted gourmet and practitioner of the cabbala and wrote a five-volume science-fiction novel. Yet when he died in 1798 the event was sufficiently unremarked for the site of his burial to be soon forgotten. His international fame is posthumous and is attributable to one work: his Histoire de ma vie (The History of My Life), which lay unpublished in any form for a generation after his death, and has not been available in its entirety until recent years.” Ian Kelly,  Casanova: Actor, Spy, Lover, Priest

…Continued from part one

Homa Taj – Now…, I am very interested in your work as a writer. I have been reading some of the rave reviews that you have received for your books – Casanova: Actor, Lover, Priest, Spy; Beau Brummell: The Ultimate Man of Style; and, Cooking for Kings: The Life of Antoine Carême, the First Celebrity Chef. Starting with Casanova: The New York Times calls it, “A sheer testament to the power of the written word;” The Times says that it is “Magnificent;” The Guardian hails it as “Fresh and exhilarating;” and, so on…

HT – So you have written social (biographical) histories about a dandy (Beau Brummell: The Ultimate Man of Style), a lover (Casanova: Actor, Lover, Priest, Spy) and a gourmand (Cooking for Kings: The Life of Antoine Carême, the First Celebrity Chef) …

IK – Yes, a chef, a cook. Although, I started out working on Casanova about his food writing -because he writes an awful lot about food which most people don’t realize – the project turned into a bigger biography which is about everything else that he is famous for. Yes, I have always had that kind of juggle and oddly my next project is jointly with Lee [Hall] because it is about another 18th century character. I am writing a biography of – and he is writing a play about (potentially) – Samuel Foot who was a one-legged comedy star of the 18th century stage. He wrote comedies for one-legged actors.

IK – Quite. And, it gets sillier. He was arrested for buggery in 1776 which everybody thought was hilarious. He was one of the reasons why we [the British] were not paying attention to the Declaration of Independence. So, it is a piece about crime and comedy and the American Revolution… and such. So, I just handed that in.

IK – Oddly, when we started to do Pitmen [Painters], I had just finished Casanova and was thinking about various possible ideas to work on and, I am (also) doing a biography of Shakespeare the actor, at some stage in the future. But, I was also fooling around with the idea of doing a biography of Samuel Foot and told Lee about this and he said that he had always wanted to write a play about him. So, we are proceeding in tandem, as it were.

HT – So, there is no chance of seeing Casanova on the screen or the stage, anytime soon?

IK – Yes and no. There is possibility to adapt some elements of it. As I mentioned earlier, I started out writing about him as a food writer which turned into a biography. Casanova is also a lot about his life in the theatre, and that is obviously my take on stuff, often. He is born into the theatre and his whole travels are predicated by the Venetian theatre communities everywhere, including in London. So, I have written a bit, dramatically, about 1763, his year in London. He actually had a mental breakdown here and tried to commit suicide off Westminster Bridge.

IK – Yes, yes. And, he was taken to a little street just off here [Duchess Theatre, West End] actually and to cheer him up was fed Yorkshire Pudding which is one of the first references to what was to become our national soul food. So, I am rather taken with him at this turning point in his life in London. This is also when he starts working with Lorenzo da Ponte, potentially on the Libretto for Don Giovanni, because he collaborate on that, you see. So, yes. Potentially, yes. But not the whole thing. I mean, there have been enough bio-pix of Casanova.

HT – And, as for Beau Brummell: that was adapted for television but you didn’t star in the main role…

HT – But not the TV piece. And, how was the stage adaptation received?

IK – Oh, tremendously. It is an amazing play by Ron Hutchinson…

HT – Based on your book?

IK – No, it was partly written before but then he altered it because I had found some new material. And, it was also written for an older actor. But it is about Brummell and his valet and it is a bit of Waiting for Godot because you don’t find out that he is actually in an asylum until later on in the play. You see what I mean? He went mad. So, it is a piece about insanity, fashion and celebrity. And, I have to say that it went well in NY because they get celebrity in a whole other way. Even when it is rarified and British and 18th century. And, I was quite lucky to be doing it when Anglomania was happening at The Metropolitan Museum of Art. Brummell was one of the founding fathers of British tayloring and Savile Row. Yes, he kind of invents the suit. So, it is the beginning of our greatest cultural export.

HT – You write about uncommon histories…

IK – The kind of stories that I am interested in are slightly from the sidelines but ones that, I hope, are about pertinent turning points in history. I try to find unusual characters and unusual areas of the arts that actually tell stories – something you can do beautifully with history of food as well as with fashion and with sex, to an extent.

HT – Right. In fact, when I was reading about your writings, I thought that your interests in food, dandyism and sex makes you an (intellectual) aesthete-sensualist.

HT – Well, because food is so much about the senses. The way it smells, tastes, looks and enters our bodes. The same with fashion, the way it touches our bodies… They are. They are very sensual forms of expression and experience.

IK – Well, of course. The visceralists call them the corporeal arts: for example, food is that which people do still touch. But, by the same token, certainly within the Anglophone tradition, there are also somewhat denigrated as result.

HT – Because they – food, fashion and sex – are not cerebral.

IK – Yes, right. And, we used to be embarrassed by the sensual through the Victorian and the Empire experience. It is not the same in the 18th century. Clearly, the British were great sensualists before the Victorian moral backlash, broadly speaking. So, I was very lucky to be the first person to write a biography about Antoine Carême in English. He is, of course, quite well known in France where there was a new wave of publishing about him at the end of the 19th and early 20th centuries. It was the culture of gastronomy, really, though they wouldn’t call it that but they were about food and cookbooks and celebrity chefs, and so on. Marvelous.

And, similarly, it was easier to be honest about the sensuality of the fabric and tayloring and importance of those as an art, in the current world. As it happens, I have found Carême medical records and it turned out that he died of syphilis. So, it became a whole story about sex in the Regency (1811-1820)… which is such an important part of what shifts in our culture during that period. So to tell that story with clothes…

HT – With clothes on?

IK – With clothes on… to begin with. So, yes. They do connect. You are absolutely right.

IK – Yes, and, Casanova, too, was obviously one of the great figures of the 18th century who, again, was denigrated in the Anglo-Saxon tradition even though not so much in the other parts of the world. Certainly, not in France. And, so it seemed like the right time to say, “Look, it isn’t just about sex…” Though, sex is rather important and interesting but there is nobody else bothering to tell us this stuff about the period that this [Casanova’s story] is a part of the human condition. And, that this is an artistic sensibility brought to bare on a vital area of the sensual universe. So, can we all be grown up please?

HT – And, where is Fellini when you need him?

IK – [Laughs] I think that he’s kind of done it. … But, you see, I am a social historian and that is my way in. Now, if you tell people stories about food and history they are quite interested in the details of the human life. …These are theses about births of particular trophes of modernity – to be pretentious for a second – it is the birth of the modern city… when it comes to celebrity, fashion and modern grastronomy and, for that matter, other elements of what is going on in the 18th century. It is the birth of the modern world. But you tell those stories via people, through social history… that lights my candle, is all I can say.