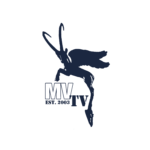 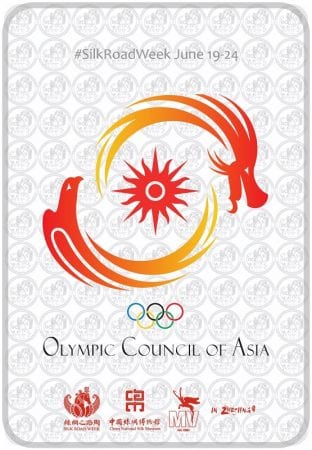 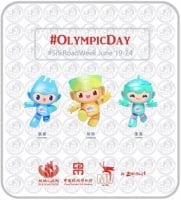 This year, the entire Olympic Movement has mobilised to celebrate Olympic Day online.

Olympic Day was founded in January 1948, to commemorate the creation of the International Olympic Committee which was formally established on June 23, 1894 to promote competitive sport as a revival of the ancient Olympic Games.

Since Olympic Day coincides with the (5th day of) International SILK ROAD WEEK, we celebrate the Olympic Council of Asia’s The Asian Games whose 2022 edition (年亚洲运动会), or XIX Asiad (第十九届亚洲运动会), will be held from September 10-25, 2022, in the UNESCO inscribed city of Hangzhou, Zhejiang, China.

“Hangzhou is one of a number of excellent example cities that acted as ‘hubs’ along the Silk Roads. These were centres of intense exchange where different civilizations and their cultural elements moved from one place to another through trade across the land and maritime routes interacting with each other as they did so. As travellers would settle in other lands, living amongst local people the result would be great cultural exchange and synthesis (UNESCO).”

Early in the 20th century, the Far Eastern Championship Games, a predecessor of the Asian Games, were held in Manila in 1913 with 6 participating nations. 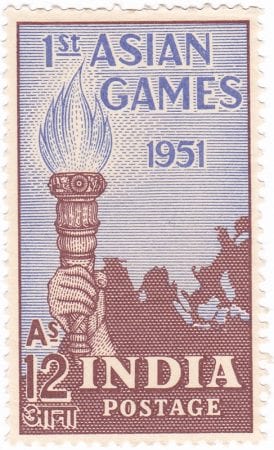 In 1951, Asian countries came together to form The Asian Games (Asiad), a continental multi-sport event held every four years among athletes from all over Asia. From the first event in New Delhi, India, until the 1978, the Games were organized by Asian Games Federation (AGF). Since 1982, they have been organized by the Olympic Council of Asia (OCA).

The governing body of the second largest multi-sport event after the Olympic Games, The Olympic Council of Asia (OCA) currently counts 45 National Olympic Committees as members.

Japan and the Philippines are the oldest of the 45 Asian National Olympic Committees, recognized in 1911, and East Timor is its newest, since 2003. The headquarters of the OCA is located at Kuwait City, Kuwait.

Members of the Olympic Council of Asia includes the transcontinental country of Kazakhstan, but does not include Armenia, Azerbaijan, Georgia, Turkey or Russia.

According to UNESCO, “The port city of Hangzhou, the capital and most populous city of Zhejiang Province East China, has been a strategic hub along the Silk Roads since ancient times. Known as ‘the House of Silk’, the city was one of the seven ancient capitals of China with silk fabrics uncovered in the region dating back 4,700 years to the Neolithic Liangzhu culture (3400-2250 BC).

The history of Hangzhou’s foreign trade in silk, tea, porcelain and other commodities dates back thousands of years. Its location on the East China Sea made Hangzhou a natural centre for trade, and, during the Three Kingdoms period (220-280 CE) it became one of the largest ports in China.”

Hangzhou will be the third Chinese city to host the Asian Games, after Beijing in 1990 and Guangzhou in 2010. The capital of Zheijiang Province, Hangzhou was officially awarded as the host city on September 16, 2015 in Ashgabat, Turkmenistan, during the 34th OCA General Assembly. Nearby cities Ningbo, Shaoxing and Huzhou will also be the part of competition venues.

For the time, in XIX Asiad, athletes from Oceania will be able to participate in the Games, approval by Olympic Council of Asia (OCA). 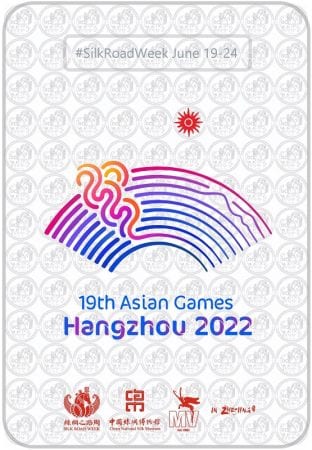 Congcong, Lianlian, and Chenchen, known collectively as the smart triplets “Memories of Jiangnan” were unveiled online in April 2020 as the official mascots of the Asian Games. These robotic superheroes originated from the UNESCO World Heritage Liangzhu Archaeological Site in Liangzhu City, the West Lake, and the Grand Canal.

The official motto of the 2022 Asian Games is “Heart to Heart, @Future” which aims to reflect the ability of the digital age to connect people from all over the continent through the Asian Games.

44 venues will be used during the Games, which 30 venues are already existing in the city, 10 are under construction and another 4 venues are in the planning stage.

The Olympic Council of Asia has announced that the Games would feature 40 sports, including the 28 permanent Olympic sports as well as events in other non-Olympic sports. 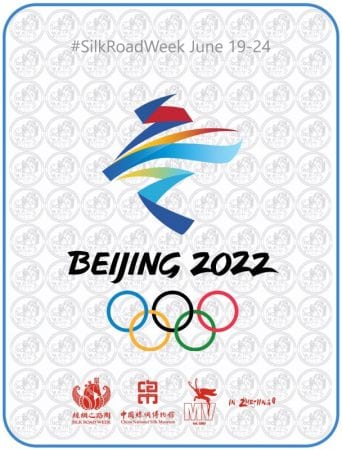 In February (4-20), 2022, Beijing will become the first city in the world to have hosted both the summer and winter editions of the Olympic Games.

With a vision of “Joyful Rendezvous upon Pure Ice and Snow,” Olympic Winter Games Beijing 2022 will build on the legacies of Beijing 2008 Olympic Games and is set to inspire millions of sports lovers across China to embrace winter sports.

109 events in seven Olympic winter sports will be held in the three competition zones of central Beijing, Yanqing and Zhangjiakou.

The Olympic Winter Games Beijing 2022 will coincide with the Chinese New Year (Spring Festival), the most important holiday in China. Local residents are looking forward to welcoming athletes from around the globe to enjoy the Chinese New Year festivities, cultural rich cities of Beijing, Yanqing, and Zhangjiakou.