On International Museum Day 2020 celebrating “Museums for Equality: Diversity and Inclusion,” we introduce a year-long transmedia program of activities and encounters (interviews) rooted in the spirit of one of the earliest global networks that embodied diversity and inclusion for five millennia: the Old Silk Roads.

The Silk Road (or Silk Routes) connected millions of people across tens of thousands of miles speaking dozens of languages. It included a vastly diverse range of races and religions hailing from China and Japan to Constantinople and Egypt, terminating in the Iberian Peninsula.

A textile of ancient Chinese origin, silk was used as a diplomatic gift for two millennia prior to becoming one of the country’s chief exports under the Han dynasty (206 BC –220 AD). Examples of Chinese textiles from this period have been found in Egypt, northern Mongolia, India, Persia and Japan.

Maritime Silk Routes were equally important in the expanding trade between China and its neighbors to the West.

Merchants, diplomats, scholars and journeymen had to learn the languages and customs of the countries through which they traveled.

Research and texts about the latest discoveries in science, arts, literature and technologies (such as paper-making and irrigation systems) were shared along the Silk Routes.

For centuries, encounters between languages, religions and cultures widely influenced one another. Dissemination of beliefs throughout Eurasia took on a life of its own. Travelers spread Hinduism, Zoroastrianism, Confucianism, Buddhism, Christianity and Islam, and similarly brought them back to their native homelands.

As an example, the spread of Buddhism can be seen in a broad range of Buddhist art and shrines from the Bamiyan in Afghanistan, Mount Wutai in China, and Borobudur in Indonesia.

Since the nineteenth century, histories of the Silk Routes have been re-written and re-presented reflecting the imaginations of a new breed of visitors: Western archaeologists, geographers, & adventurers from France, England, Germany, Russia, and, more recently, the United States.

At times, riddled with colonialist and post-colonialist language and interpretations, and at others, politicized to suit specific contemporary expectations and narratives.

Nevertheless, Silk Routes’ histories, its people and places will continue to inspire the imaginations of future generations of travelers, and historians alike. 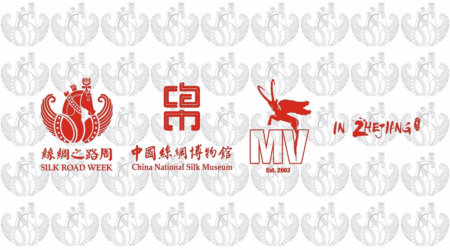 We are also looking forward to participate in the first international Silk Road Week, June 19 to June 24, 2020. The annual event was in Hangzhou, on the theme of “The Silk Roads: Mutual Learning for Future Collaboration.” The event was conceived in 2019 during a meeting of International Association for the Study of Silk Road Textiles (IASSRT), Chinese Museums Association’s Committee of Museums, and China National Silk Museum, in Hangzhou, Zhejiang. We thank IN ZHEJIANG, our media partner in China (on Facebook).