All Hopes Come Together: The Past and Present of the Silk Road 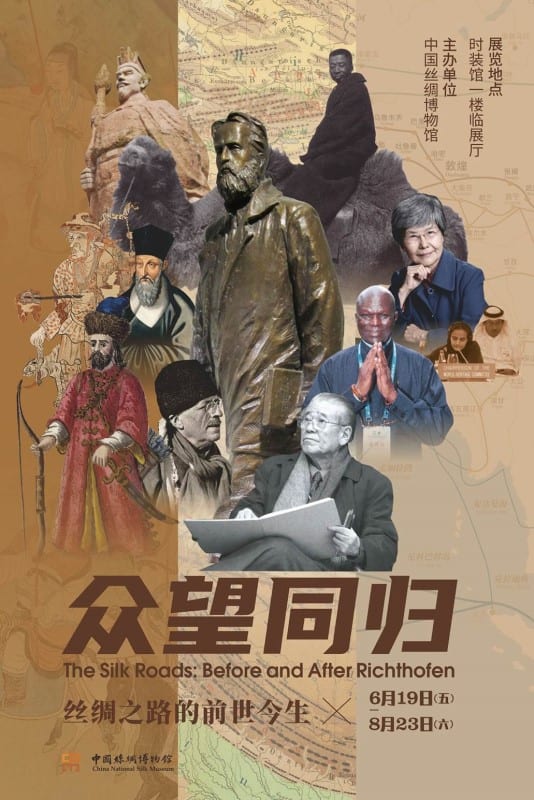 To mark the inaugural SILK ROAD WEEK (June 19-25) celebrations, the China National Silk Museum in collaboration with 38 museums in China and abroad, has organized “All Hopes Come Together: The Past and Present of the Silk Road.” Hundreds of historical objects and archaeological relics are on display through August 23. A second part of the show with documentations relating to SRW will remain on view until September 20.

Located in Hangzhou, Zhejiang, under the directorship of Dr. Zhao Feng, the China National Silk Museum won the Most Innovative Museum in China 2019, awarded by the Chinese Museums Association. 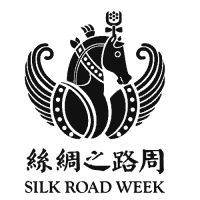 SILK ROAD WEEK commemorates the inscription of the “Chang’an – Tianshan Silk Road Corridor Network” on the UNESCO World Heritage List, during the 38th Session of the World Heritage Committee in Doha, Qatar, June 22, 2014.

The idea for the SILK ROAD WEEK was conceived in 2019 during a meeting of the International Association for the Study of Silk Road Textiles (IASSRT), with Chinese Museums Association’s Committee of Museums along the Silk Road, and China National Silk Museum, in Hangzhou, Zhejiang.

UNESCO initiated a study of the Silk Road to promote appreciation for cultural diffusion across Eurasia and protection of cultural heritage, in 1988. Two year later, UNESCO’s “Decade of World Cultural Development” began, with “Road of Dialogue: Comprehensive Research on the Silk Road” serving as one its main projects. For an intensive period 1990-1995, UNESCO retraced these routes in five scientific expeditions which served to gather important knowledge and data that have given us a deeper understanding of the legacy of these routes. With organization of international scientific research trips, and seminars & conferences, the project established a cooperative relationship between researchers and the media at each stage. A number of research studies were published and made available to the global community of scholars, thus re-stimulating greater interest in the study of the Silk Roads.

Covering some 5,000 kilometres across China, Kazakhstan and Kyrgyzstan, this trans-boundary trading corridor was in continuous use between the 2nd century BC through the 16th century AD.

All Hopes Come Together: The Past and Present of the Silk Road is the culmination of three decades of efforts for the world to recognize the centuries old network of inter-cultural and trans-national trade and dialogue among nations.

All Hopes tells the academic history of the Silk Road, starting with the contributions of the great Chinese diplomat Zhang Qian (張騫; died c. 114 BC), and his first mission to the Western Region in 138 BC. The Han Dynasty (206 BC – AD 220) Imperial envoy’s travels and activities were instrumental in expanding the Central Asian parts of the Silk Routes. Zhang’s accounts of his travels were compiled by Chinese historian of the Han Dynasty Sima Qian (司馬遷, c. 145-86 BC), in the 1st century BC.

The Silk Roads and Maritime Silk Roads were officially established during the reign of Emperor Wu of Han (157-87 BC), the seventh emperor of the Han Dynasty, who ruled from 141 until 87 BC.

Emperor Wu’s reign was marked by vast territorial expansion and major governmental reorganization which included the promotion of Confucian doctrines. He was equally renowned for his spiritual innovations, and patronage of music and poetry which led to the expansion of the Imperial Music Bureau which was first established in the Qin dynasty (221-207 B.C.), and grew exponentially under Emperor Wu. The Bureau was responsible for the supervision of court & military music, and for identifying the types of regional and folk music that were officially recognized.

During Emperor Wu’s reign cultural contact throughout the Silk Road, and across western Eurasia, greatly increased.

All Hopes exhibition is divided into four thematic sections:

The exhibition tracks each group and the ways their paths converged into different series of intertwined routes to form an intricate network of Silk Roads.

At the beginning of the 19th century, “Orientalism” appeared in western academia mainly based on French and British activities and interests. At this time, a group of now famous geologists were active throughout Asia, including the noted German geographer Ferdinand Freiherr von Richthofen (1833-1905).

Trained, and for years employed as a full-time professional geologist, Richthofen was a scholar of impressive breadth and depth whose fieldwork took him to East and Southeast Asia. Between 1862 and 1868, he was hired by mining interests in the American West, mainly in Colorado. First sponsored by the US mining companies who had hoped to exploit resources in the Far East, the German geologist traveled through China between 1868 and 1872.

In 1872, the first English edition of Richthofen’s observations on daily life and economic activities in China was published in Shanghai. Between 1877 and 1885, his geographical, geological, economic, and ethnological research in China were published in three volumes including an atlas. Three additional volumes of China: Ergebnisse eigener Reisen und darauf gegründeter Studien (China: Expedition results and studies based there upon) were published posthumously, in 1911 and 1912.

In 1877, Richthofen was among the first Westerners, whom we know of today, to name transportation routes between the Han Dynasty, China; southern and western Central Asia; and India, “Silk Road,” or Seidenstraße (絲綢之路 / 丝绸之路). By the end of the 19th century and the early part the 20th century, various international expeditions, including the Sino-Swedish Northwest Scientific Expedition, had carried out archaeological campaigns in the Western Regions centered around the Tarim Basin, in North West China.

Richthofen’s research on the Silk Road (1877-1912) was greatly influenced by the works and maps of Greek geographer and cartographer Marinus of Tyre ( AD 70–130). Marinus’ research about the overland route from the Mediterranean to the borders of the “Land of Silk” (China; Serica in Greek) is known to us via the greatly influential mathematician, astronomer, and geographer, Claudius Ptolemy (c. 100-170).

Equally instrumental in tracing the Silk Roads during this period, was the work of Richthofen’s student Sven Anders Hedin (1865-1952). The Swedish geographer, topographer, explorer, photographer and author traveled on the western outskirts of the Taklamakan Desert, 1890 – as if following the map of Marinus of Tyre. In fact, Hedin wrote about the importance of Marinus and Ptolemy’s work in a 1938 article entitled, “Rediscovering the Silk Road.” Hedin’s book “Silk Road,” published around the same time, helped to further contributed to the studies of the Silk Road, for the remainder of the 20th century.

When back in Germany, Richthofen worked as professor at the universities of Bonn (1875–83), Leipzig (1883–86), and from 1886, became the chair of the Geography Department, and later Vice-Chancellor at the University of Berlin. By 1902-05, he founded and served as the the first director of the Institut für Meereskunde, in Hamburg. Undoubtedly, the study of Maritime Silk Routes contributed to Richthofen’s work and research at the Institute of Oceanography.

Contributors to All Hopes Come Together: The Past and Present of the Silk Road (June 19-August 23, 2020) at the China National Silk Museum include: